A 3D space-shooter called Galaxia created in 10 weeks half-time by the team of Moon Squid, which consisting of 13 members.

The player starts out as a fresh-meat rebel who works her way up by doing a series of missions which ramps up the confrontations with the Empire. 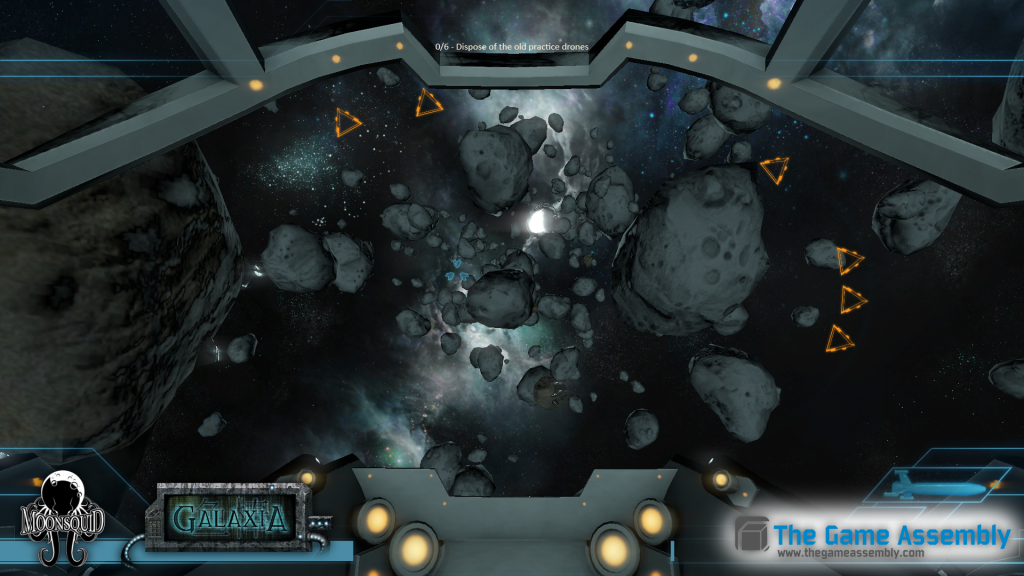 After four games in 2D it was finally time to go over to 3D! The second year at The Game Assembly we got divided into teams that will last for the rest of the year, doing 4 games together.

We decided to call our team “Moon Squid”, and the artists started to work on a logo for our team. We also created a facebook-page where we post updates on all of our games.

This was the first game  at The Game Assembly that we had a goal game in mind, a game where we took a game’s micro-mechanics and tried to mimic them as much as possible in our own game. 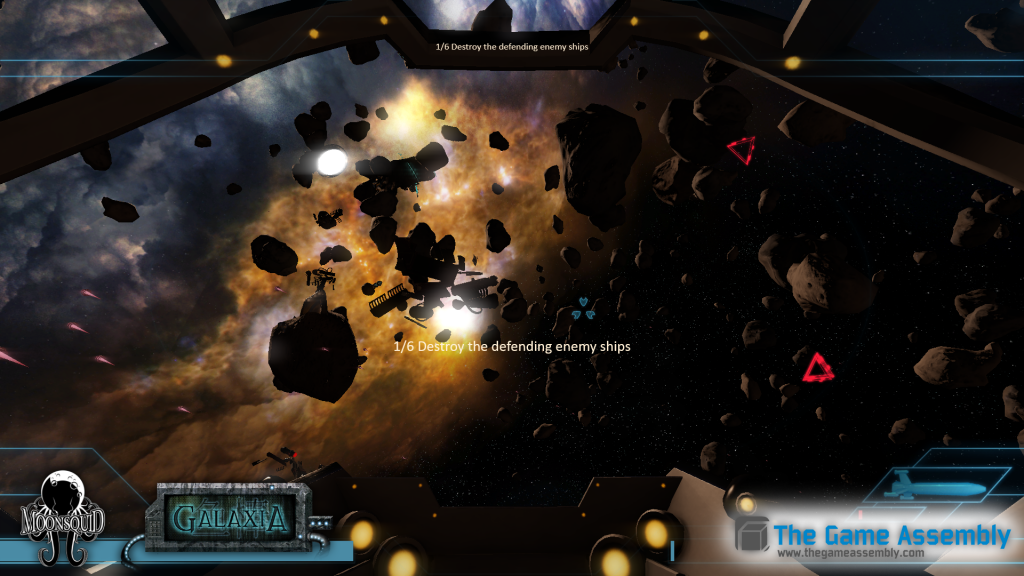 It can be daunting at first to design for a 3D game where the player can fly anywhere. We decided to focus our game around different push and pull-techniques to create points of interest for the player, mixed with dog-fighting enemies.

In our initial design we wanted to escort a weapon between shields but due to time constraints it had to be left out of the game. When we designed the levels we always had the narrative and its coherence with the player objectives in mind. 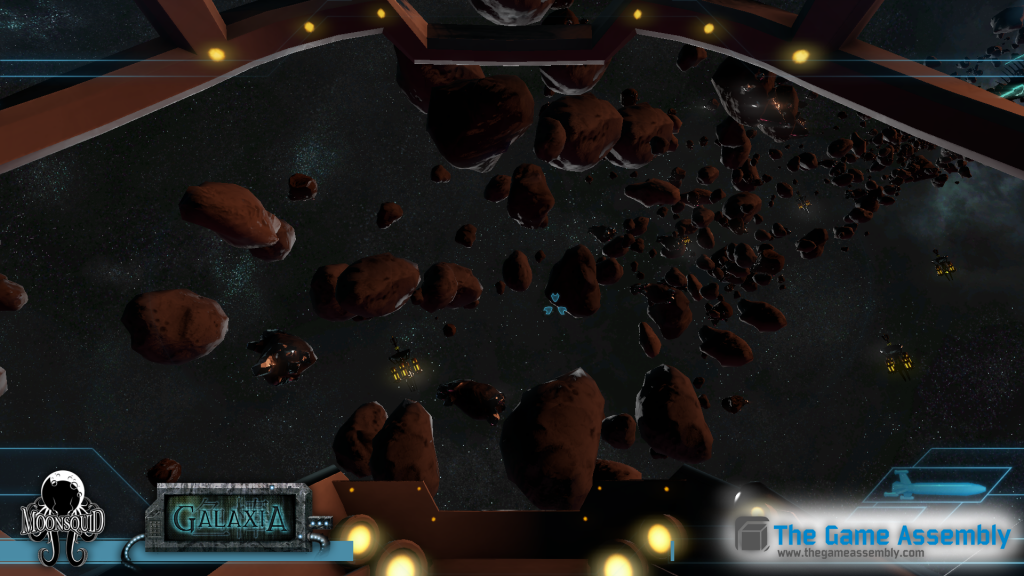 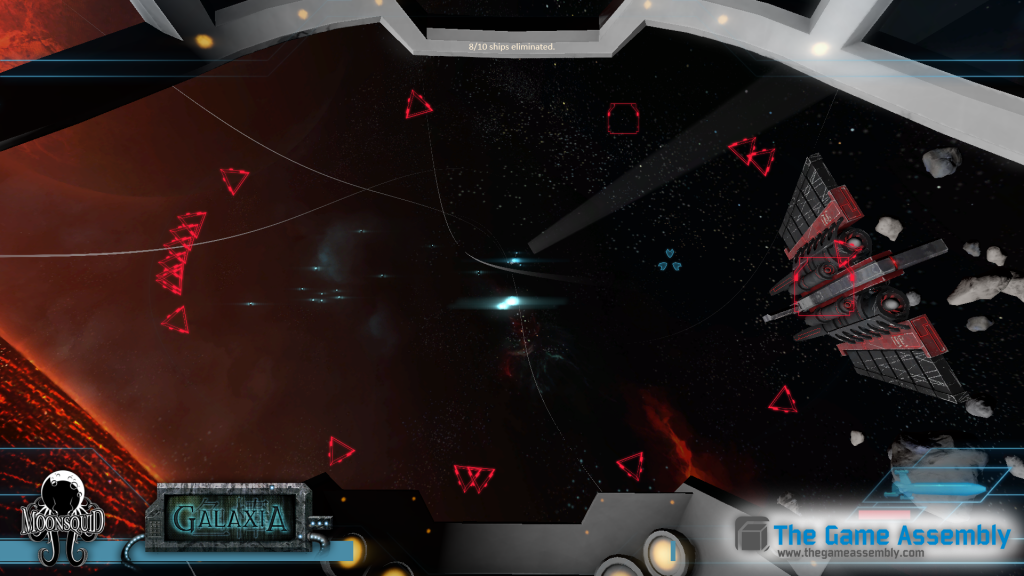