The game is about prince Ferdinand’s wish to become a hero. Before he embarks on the adventure he needs to eat a steady meal, and obtain a sword. 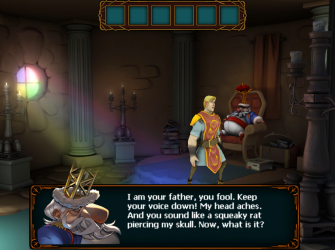 This project was the second game I’ve created at The Game Assembly. The group’s members had not played alot of Point and Click-games before so we set out to do some research in the area. After a couple of days of researching the genre we brainstormed the gameplay-mechanics and narrative.

Our first initial idea was that the game should be about a dumb prince going on an adventure whilst getting in alot of trouble doing so. The prince would always solve the puzzles too easily or the puzzle mysterious solve themselves in a comical way. After the prince reaches the dragon’s lair the player starts to play a second character that is talking to the king after the prince’s departure. The new character gets tasked by the king to protect the prince during his quest. The player will have to replay all the events but now the player will understand what really solved the puzzle. We thought that it would be interesting to replay the events and solve the puzzles in a real manner, and that we could reuse all the environments which makes for good design economy. 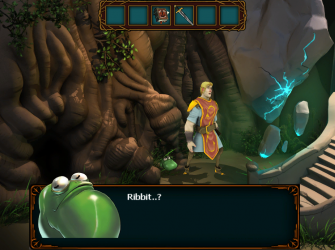 For the Point and Click-game our programmers gets thrown into creating their first engine in C++. They had 8 weeks with many difficult tasks at hand which in the end resulted in us having XML-support very late in the development process.

As a level designer the first weeks was spent on researching the genre, coming up with creative puzzles and build upon the narrative. We created a rich narrative and used that as help to design believable transitions between different gameplay areas.

We got the basic support for XML during the last two weeks, having features coming in to the very end. This made it stressful for the level designers who’m had the job to get all the graphical content into the game as well as creating all the events and triggers. This was a huge bottleneck for our pipeline and something that we discussed alot about in our post mortem meeting.

During the last week we had enough gameplay to be able to make playtests on people outside of the development team. These playtests could be seen as pre-alpha and were mostly focused around finding game-breaking bugs and help focusing the tasks for the last week. 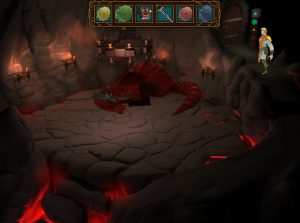 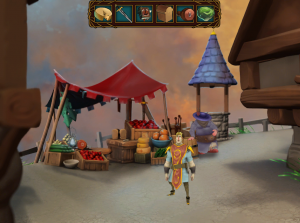 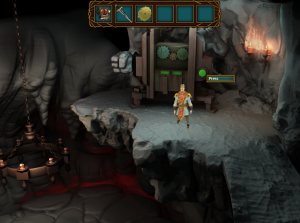