A 3D real-time strategy game called Claiming Ymir created in 10 weeks half time by the team of Moon Squid, which consisting of 13 members.

The game revolves around the struggle between two, very unfriendly, viking clans. The clans are fighting over the island Ymir where they both recently have settled upon.

My main focus on this project where scripting the gameplay. 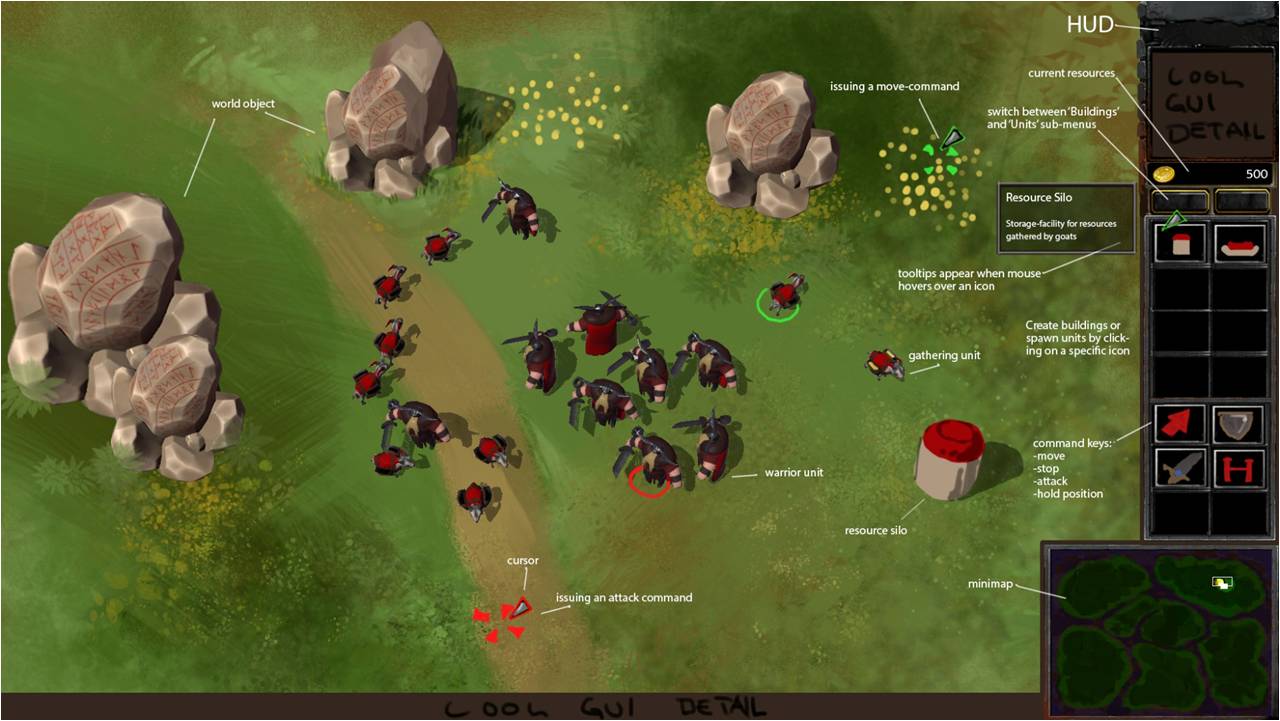 Our team was very hyped to create our first RTS together. We decided that it was to be about vikings fighting other vikings in a norse-inspired landscape.

In the beginning of the development we wanted our game to play alot like Red Alert 2, so we took our micro and some macro features from it. We did a similar buildings and units-menu, and our main building “un-wrap” itself from a unit. 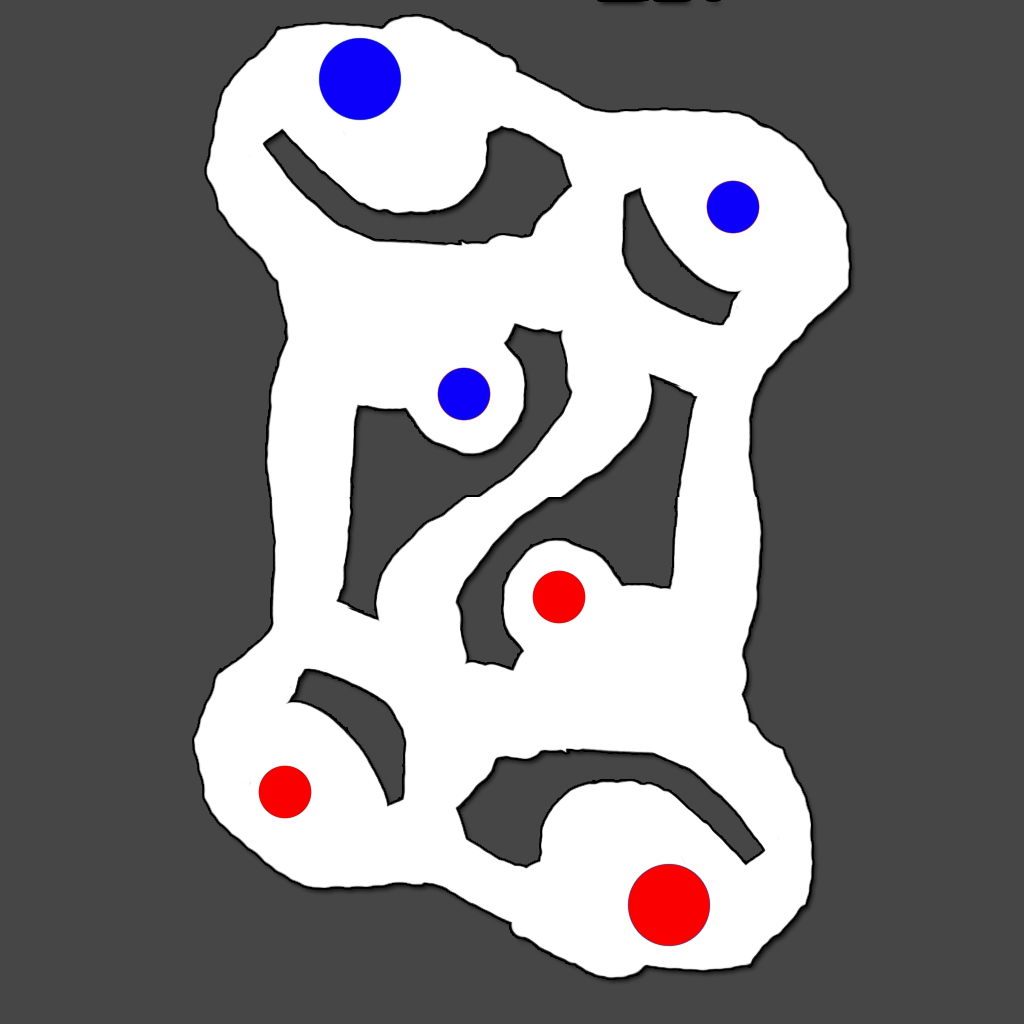 When we started to sketch out different levels we took inspiration from Starcraft 2’s level design. I made some of the sketched out levels in the Starcraft 2 editor to see how they behaved in 3D, and to more easy narrow down the size of units and buildings.

After chosen a design for the map it was created as a height-map and iterated upon inside of Maya. At this stage I left the level in the capable hands on my team and started to script gameplay in LUA.

Scripting the Gameplay in LUA 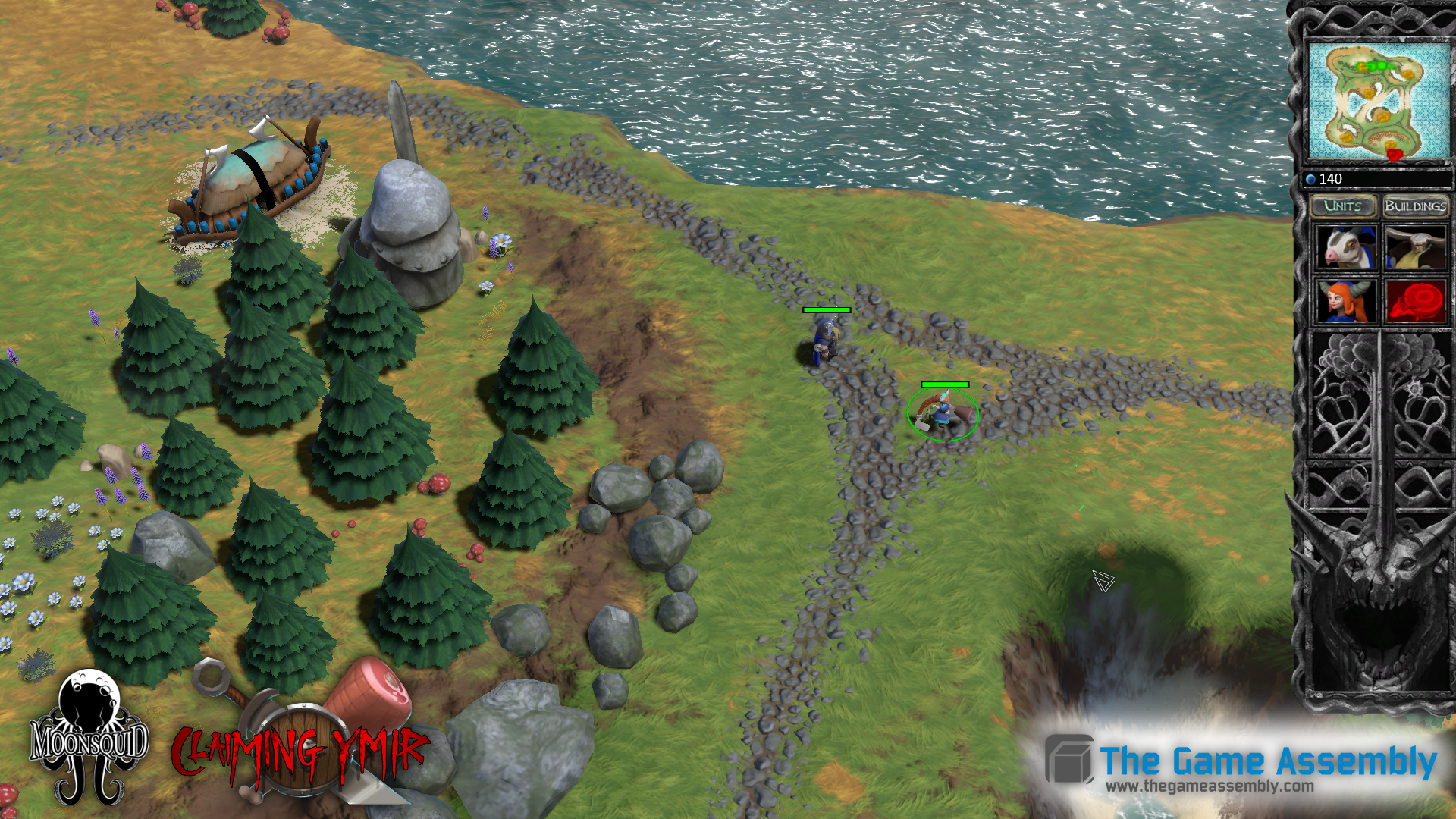 During the weekend after the first week of development the team had a “squid jam”. We alternated between working on the game and playing games. During the weekend one of the programmers started on the support for LUA-scripting inside of our engine, and it became usable at the following monday. Having LUA-support that early in a project was an huge advantage for us since I could focus on the scripting gameplay and GUI while the programmers could focus on navmesh-pathfinding and AI. 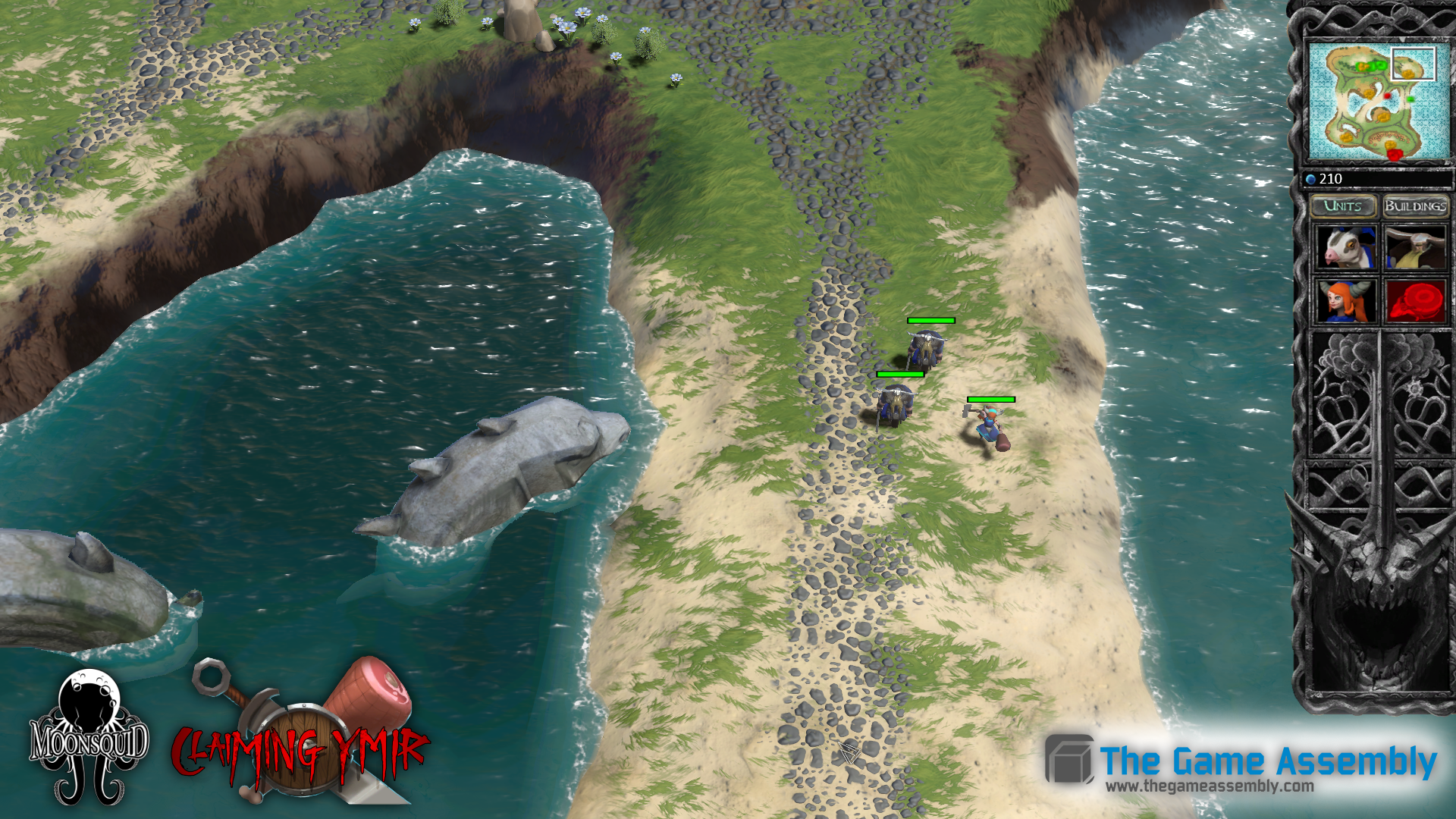 The first thing I scripted in LUA was the GUI and I chose to implement it as event-driven. When the system was in place you only had to attach a button’s different states (pressed,released or hovered) to an event, like buy unit, change texture, play a sound etc. I created two tabs, one for buildings and one for units. 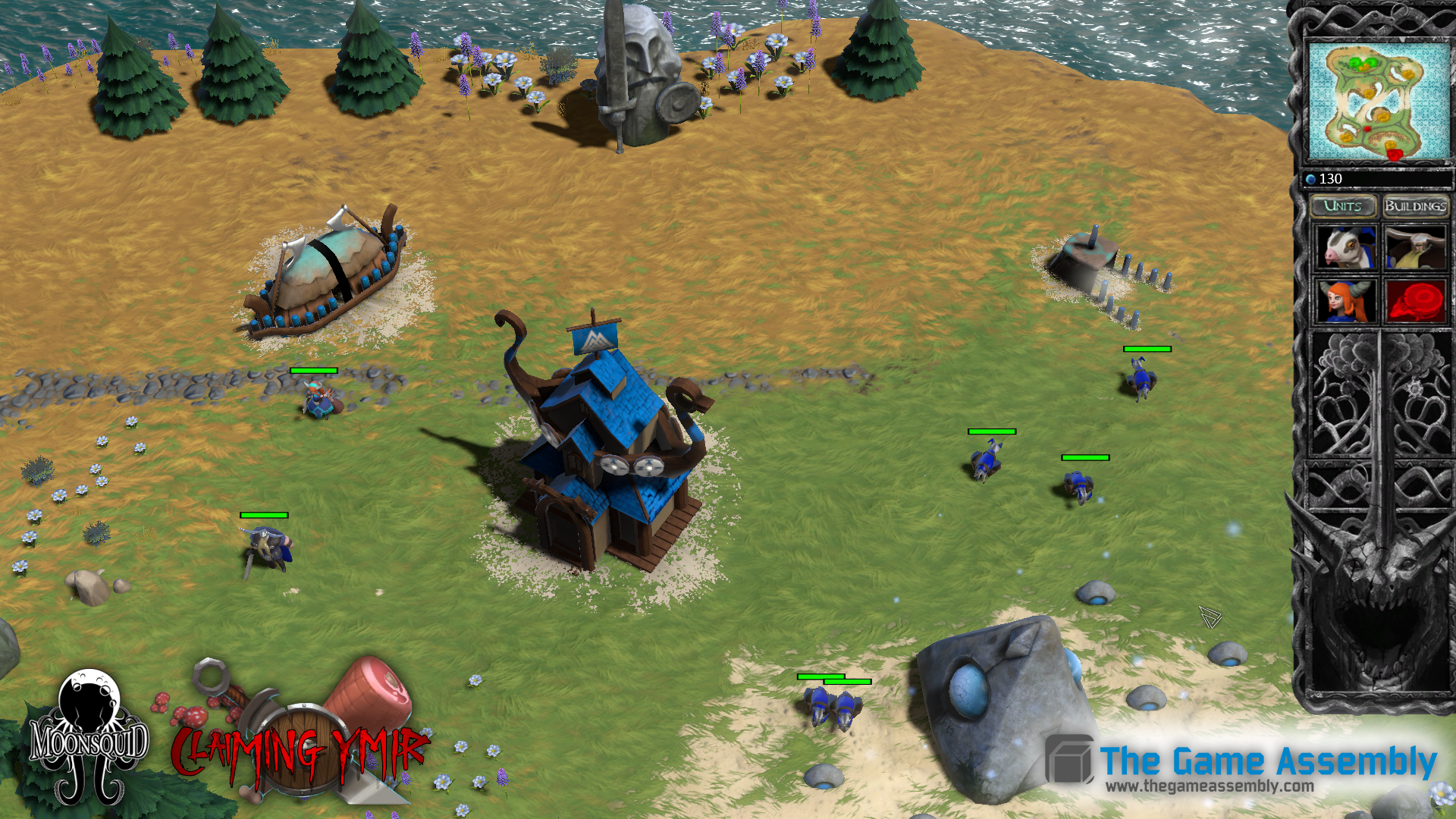 After the GUI-system were implemented it was time to create the buildings-system inspired by Red Alert 2. I started by adding buy-functionality for all the buildings, setting up global values for prices and time it took to build for easier tweaking when we started the playtesting. After that I implemented the player were able to place these buildings on the ground near other already placed buildings. 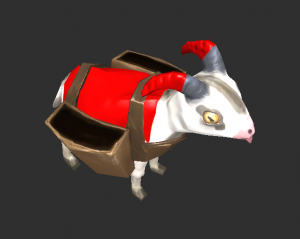 After the buildings-system were implemented I started on the gathering system. The player can build a gathering unit that will spawn from the gathering building and walk towards the closest resource where it will harvest and return the resource. The system is automatically updated every frame for every player and their respective gatherers. The tricky part of doing the gathering-system were mostly how to debug it in a good way since I couldn’t do any breakpoints in the code. I also had to rely solely on text printed on the screen and above the gatherers for all of the debugging. Debugging the code was the biggest problem we encountered during the development, we do not recommend having such a complex system built purely in LUA. 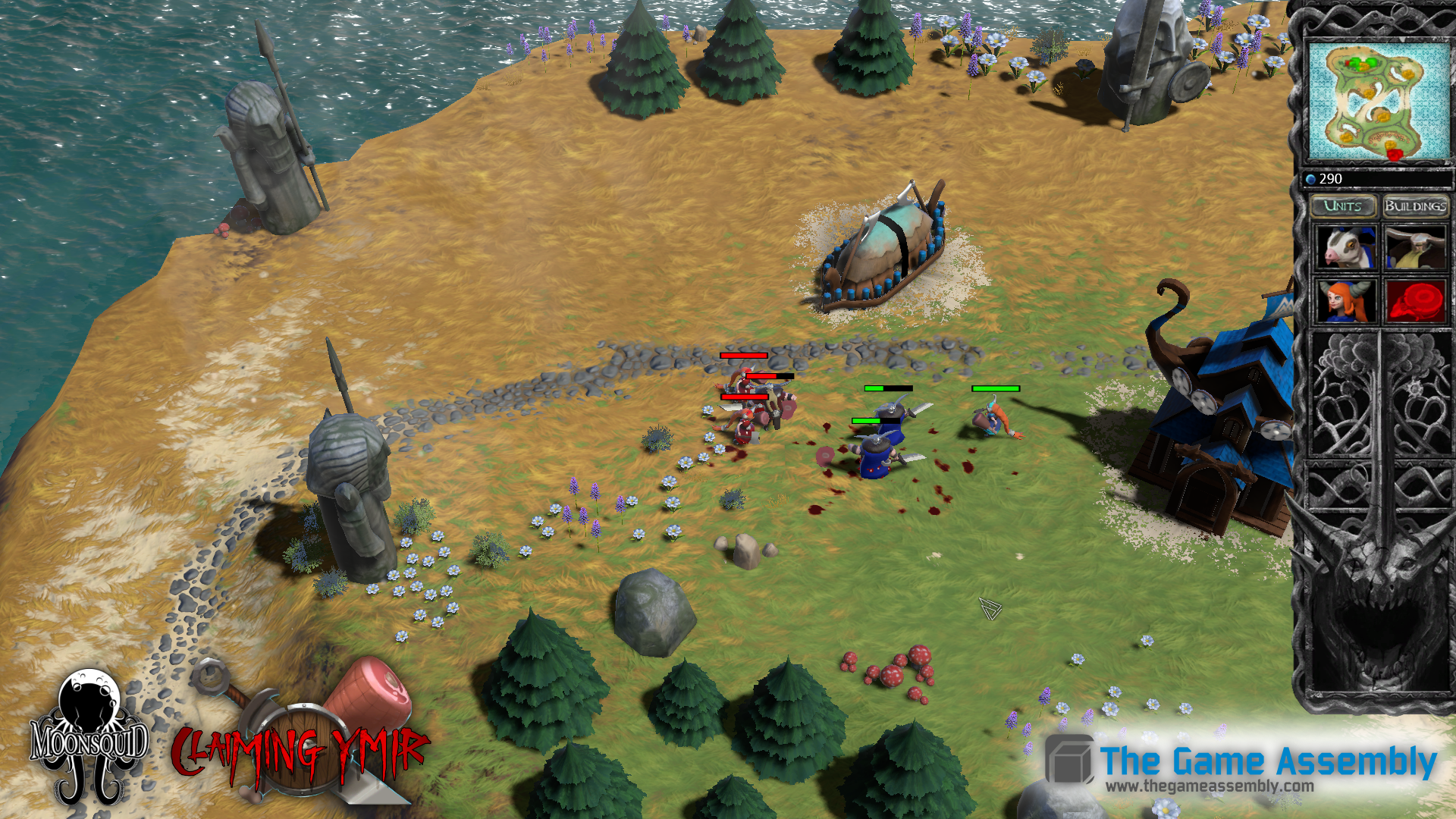 Below are things that I also scripted for the game: